The Alliance Defending Freedom said the teacher, Vivian Geraghty, should not have been put in a position to choose “between her faith and her job.” 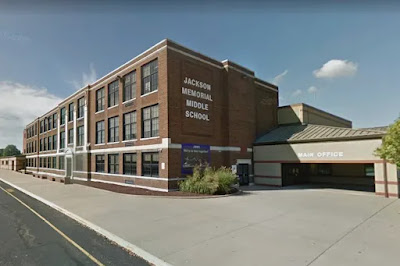 A former Ohio middle school teacher said she was forced to resign after she told her boss that she would not address students by their preferred pronouns because it violates her religious beliefs.

The teacher, Vivian Geraghty, is now suing Jackson Memorial Middle School's principal, the Board of Education, and two district employees.

Geraghty, a Christian, worked at the school in Massillon, Ohio, as an English language arts teacher up until her resignation on Aug. 26. Before her departure, she "taught her class while remaining consistent with her religious practices and scientific understanding concerning human identity, gender, and sex," states a federal lawsuit filed on Monday.

About a week before she resigned, two of Geraghty's students requested that she use names associated "with their new gender identities rather than their legal names," the suit states. One of the students also wanted to be addressed by their preferred pronoun. The lawsuit notes that the school had adopted a policy that required teachers to use the preferred pronouns of students.

Because the request went against her religious beliefs, Geraghty met with principal Kacy Carter "in the hope of reaching a solution that would allow her to continue teaching without violating her religious beliefs and constitutional rights," according to the lawsuit. Geraghty told Carter that she would not use the students' preferred pronouns, the suit says she was later called into a separate meeting with Carter and Monica Myers, a district employee.

During the meeting, Geraghty was told "she would be required to put her beliefs aside as a public servant" and that her unwillingness to do so would be insubordination, the suit says. Geraghty again said she would not use the students' preferred pronouns and was sent back to her classroom.

The lawsuit says that minutes later, Geraghty was pulled from the classroom and told to either change her mind or resign. Believing she had no other choice, Geraghty submitted a resignation letter. She was subsequently escorted out of the building, according to the suit.

Attorneys for Geraghty argue in the lawsuit that the school did not explore other possible solutions such as moving Geraghty to another classroom or having her address students by their last names. The lawsuit also alleges that the policy is not fairly enforced and that Carter is allowed to avoid using pronouns entirely.

The Alliance Defending Freedom, which filed the lawsuit on Geraghty's behalf, said she should not have been put in a position to choose "between her faith and her job."

"No school official can force a teacher to set her religious beliefs aside in order to keep her job," said the group's legal counsel Logan Spena in a Facebook statement. "The First Amendment prohibits that abuse of power."

The Board of Education, district superintendent Christopher DiLoreto, Myers, and Carter could not immediately be reached for comment on Saturday.

Email ThisBlogThis!Share to TwitterShare to FacebookShare to Pinterest
Labels: News

The Alliance Defending Freedom said the teacher, Vivian Geraghty, should not have been put in a position to choose “between her faith and he...